In 1995 Nick Hill built a barn at Waterhall Farm, Whitwell, to house his bygone days agricultural machinery, including a corn dressing machine, rolling mill, chaff cutter and potato riddle.  These were all powered by stationary steam engines and mounted on trailers, so that they could be exhibited at local shows.  As a result of this it was decided to have a get-together at Waterhall each year, using Nick’s machinery, and Nick’s friends would bring along their tractors, stationary engines and sometimes a traction engine.
The get-together proved very successful so Nick thought it would be quite fun to hold a bigger rally and in 1998 a much bigger event, the first Whitwell Steam & Country Fair was held in a larger field, still at Waterhall  There was a funfair, including steam driven gallopers, a beer tent, refreshments, some trade stands, along with traction engines, tractors, stationary engines, cars and commercial vehicles.  Although the weather was not brilliant, the event proved a great success. 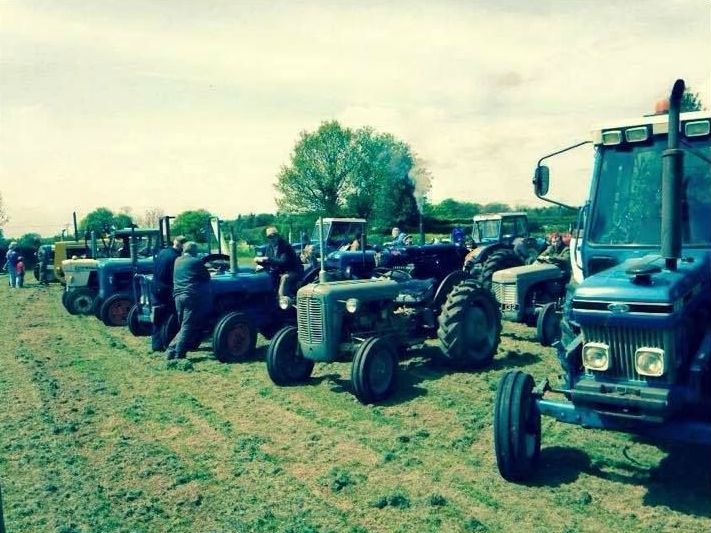 The following year it was felt that the rally needed more space so a much larger site was used, courtesy of the Bowes-Lyon family.
The rally is held in aid of local & national charitys and since 1998 has donated tens of thousands of pounds.
Over the years the number and variety of exhibits has grown and it is now a sizable event, featuring 25 steam engines, over 100 tractors, more than 60 stationary engines, classic cars and commercial vehicles, a large funfair, numerous trade and charity stands, etc.  There is fun for all the family.
In 2008 we moved to a new site at Mansells Farm, Codicote, because the old site was put down to wheat.
The future?  To grow and continue supporting good causes!!